The moment we had been waiting for!  We were finally at Attu, anchored in Casco Cove to be precise.  For about 25 years, ending in 2000, Larry Balch operated Attours, bringing dozens of birders at a time to Attu by plane. (This is when I wish I had a copy of Attu: Birding at the Edge on hand.  Ordered, but not here yet.)  These pioneers of extreme birding created the legend that is Attu, one that still draws us in today.  These days, the only access for "regular" extreme birders is through Zugunruhe Birding Tours, and via the Puk-uk.  There are still people flying into Attu for the US Fish and Wildlife Service and as contractors involved in the cleanup of hazardous materials, and there are birders among them, but the rest of us come by boat.  There may even be people with their own boats or who otherwise find their way to the island, but when we landed, it was just us, the cleanup crew, Brad Benter and Andrea (whose last name I don't recall--blaming scopolamine!), one of this year's USFWS artists in residence.

There are pros and cons about coming by boat.  I've already told you about the cons, but of course, we got to see a lot of seabirds and that was a definite pro.  Another very serious pro was that although we'd be walking or cycling on the island, the boat could also get us a lot closer to our destination and even come and pick us up when we were "knackered".  The first order of business, though was to get the bicycles to the island!

Billy, Mike, John and Neil had lowered the skiff and were loading bikes and parts to be taken ashore. The rest of us were eyeing the bikes, trying to figure out which would be the best to snag for the week.  John had already told me that we were the shortest group he had ever taken to Attu, and that he was hoping we'd all find appropriately sized frames. 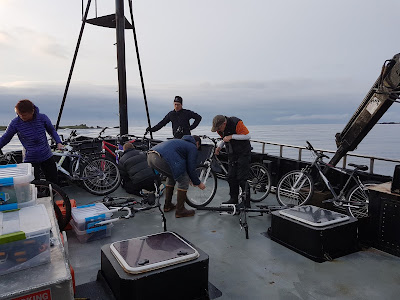 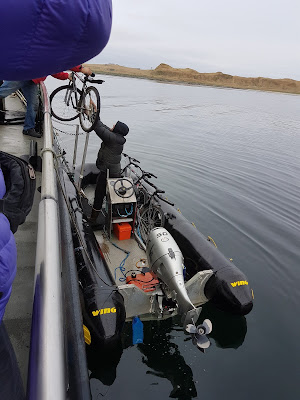 The skiff could take half of us at a time, and the trips to shore were generally pretty short.  Our first landing was near the LORAN station, the base that Attours used on Attu. Lapland Longspurs and Song Sparrows heralded our arrival. Our access was much easier than those who had to hoof it from the runway with their gear 20 years ago.  However, the building has truly suffered the cruelty of time, weather, and neglect.  I have to imagine that it was better than this when Larry Balch decided this would be a good base! 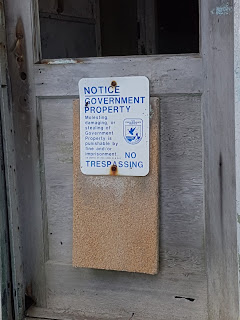 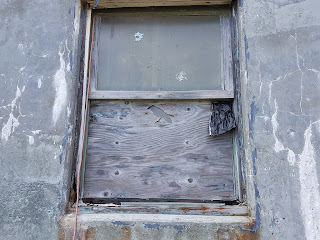 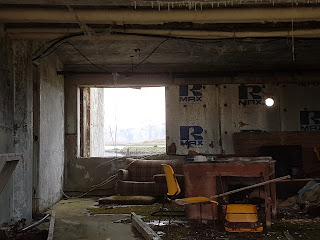 There is a lot of history on Attu.  First inhabitant history.  Russian history.  Japanese history. American history. War history. And birding history.  Despite the sign, I found myself checking out the halls and rooms of this dilapidated building for ghosts of the past--and I found them! 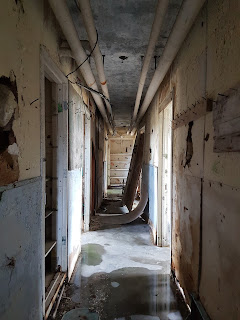 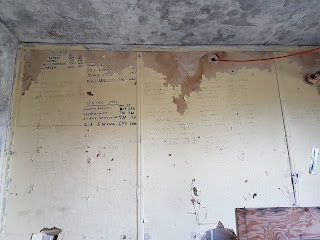 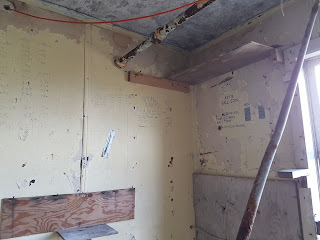 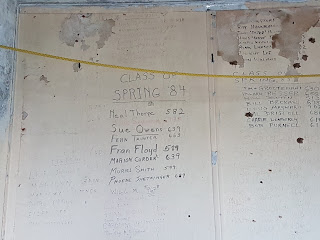 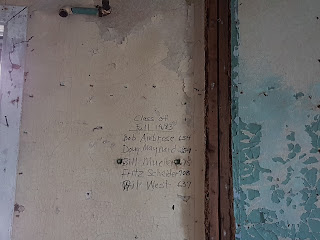 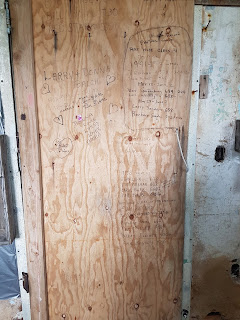 The walls and doors bore the names of birders who had been here before us, some famous, most not.  I looked for names of my friends, but couldn't find my targets.  Many of the walls were deconstructing, and some years, it looked like they used an inferior pen.  It was still an awesome feeling to know that I was in such esteemed company.

Outside, the pedals, seats and rat traps were being attached to the bikes, and people were vying for their favorites.  After many trial runs, and a few swaps, everyone had a bike and was ready to ride! 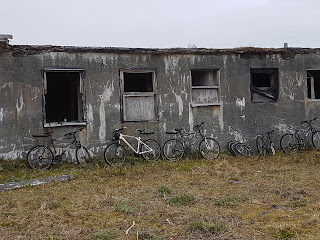 The island is bigger than most people would think. For Victoria folks, it's about twice the size of Salt Spring Island.  Extreme birding, however, has generally been limited to the southeastern end, the most sheltered.  This was true in Attour's time and would also be true for us.  I wonder how much more could be found if there was any kind of access to the rest of the island.  Except for a few species, the birds on Attu were not abundant.  The habitat is largely bog/tundra with low shrubs.  We were blessed with decent spring weather throughout the trip--not too cold, not too windy, some sunshine, but quite a lot of drizzle.  Nothing to bring a major fallout.  For me, this trip was not about amassing a big list, but really about the mystique of Attu.  Still I was a little surprised at the paucity and a little alarmed about how difficult it might be to get good looks at the birds that were there.

The roads weren't really roads anymore, and the terrain ranged from moss-covered packed gravel, to streams overflowing wooden bridges to sharp stone, but somehow we all managed to ride to the runway that day.  I felt weak from the trip and lack of food, and definitely out of shape, but I made it! 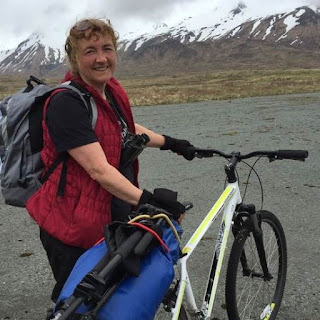 The first bird of note was spotted by Yve and Brandon, a Tufted Duck!  Brad, the USFWS biologist, had alerted us to a Great Egret, an extreme rarity for Attu, but a year bird for Yve!  At least it was the Eurasian subspecies. Searching the ponds, the bays and surrounding hillsides, we also saw  Wood Sandpiper, Rock Sandpiper, Snowy Owls, Common Eiders, Tufted Puffins and Eurasian versions of other familar birds, Green-winged Teal and Common Mergansers.  The birds were very skittish on Attu. Look at them, and away they'd fly.  Most of my pictures are bad.  Fortunately, some of the others did better, so I'll be sharing some of their photos as well, with credit.

On our return to the base camp, an Eyebrowed Thrush was found along the cliff face.  Distant, but tickable looks for everyone. Those who hadn't already seen them on Adak were especially grateful.


We were also pretty grateful that we'd be spending the night on the Puk-uk and not in the LORAN station!

Next: Alexai Point and Gilbert Ridge

Posted by Ann Nightingale at 12:50 AM