Well, the day was finally here.  Another big adventure! I was going on my first flight across the Pacific, to meet up with other birders en route and in Japan, and in about a week, get on a cruise ship and come all the way back.  The trip over would take about nine hours from Vancouver; the trip back, about 15 days.

Nothing these days is without controversy, it seems, and just as we were about to start this epic cruise/pelagic trip/Japan birding trip, a report came out that said that some cruise ships cause as much pollution in a day as a million cars. Ugh. There is no doubt that anytime we travel using fossil fuels we are adding to the big problem, but who would have guessed the extent of the damage.  The good {?) news is that awareness of this issue has caused some cruise lines to improve the quality of their emissions, and Norwegian, our cruise host, has one of the better reputations.

No adventure gets underway without some drama, and today’s victim was John. While some of our group have been on the ground in Japan for several days, most of us were travelling today (Saturday, April 27 in BC), starting from Victoria at various times and meeting up in Vancouver for a 1:30 pm flight.  It was interesting to see the different tolerance levels for risk.  Mary had the earliest flight to the mainland, followed by me, then a bit later, Sharon, and finally, with not much leeway for problems. Ashlea, Sam, and Rob.  Missing in this mix was John, with plans for the 7 am ferry, so that he had plenty of time to get to the airport for the afternoon flight.  But, the 7 was cancelled due to a mechanical problem. He got on the 8.  Still lots of time. But, the winds were so strong that they got held up in a holding pattern in the shelter of Active Pass. The 9 got underway, and because it was a bigger ship, was able to make the trip, while the 8 still languished in the Gulf Islands.  Between mechanical problems, weather conditions, and out of sync ferries, a lot of people probably missed flights today, and sadly, John was one of them. He’ll meet up with us tomorrow.  All the more reason to be sure to be at the cruise departure site well ahead of the sailing!

First bird of the trip?  Northwestern Crow in the Vancouver Airport.  I've heard that they've had to cover up artwork because of him, but he seems perfectly content yelling at passing Bald Eagles with no fear of repercussions! 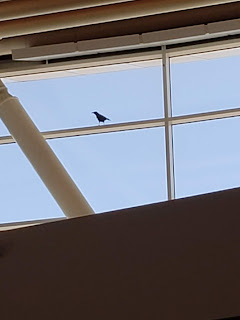 The plane we had for the crossing is probably the nicest that I’ve been on, and not just because it was not filled.  I think everyone who wanted an empty seat next to them got one. The seat spacing was good, and each seat had a power outlet, USB port and a personal screen with movies, TV shows, games, etc.   Food and blankets were provided.  One of the first things I noticed was the windows.  No shade to push up and down, but a button to control the shading. Very high tech!!  And the windows were warm and dry, unlike the old kind that invited condensation and froze your head if you tried to sleep against them. 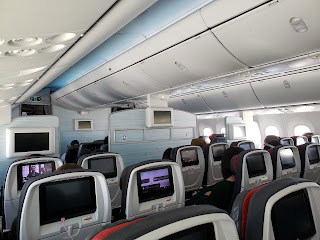 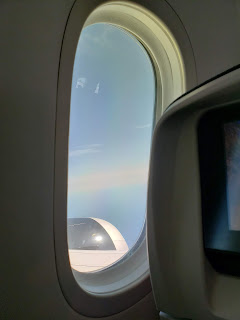 I played a few games, then settled on a movie, which I knew I wouldn’t get all the way through. I was asleep shortly and woke up just as the movie ended.  Total disorientation!  The plane was completely dark and everyone was sleeping.  I had calculated that we would be flying towards the light, leaving Vancouver at 1:30 pm and arriving in Narita at 3:15 pm, albeit the next day.  We’d only been flying about 2 ½ hours, but it was pitch black outside, and the moon was high in the sky.  This didn’t make sense. I reviewed the map, and we were not far from Anchorage.  It was 1:30 pm there.  Why was it night?  Then it dawned on me that the tinting had been turned on in the windows.  I tried to brighten mine.  No go.  What a play of psychological manipulation!  I’m sure the passengers are much easier to deal with if they can all be lulled to sleep by warmth and darkness.  It was very much like flying a red-eye, but it was the middle of the day.

The sun looked like the moon, but there were no stars to be seen.  Several of us were quite disappointed that there was no way to view the scenery, especially as we passed over the Aleutians and along the coast of the Kamchatka Peninsula. 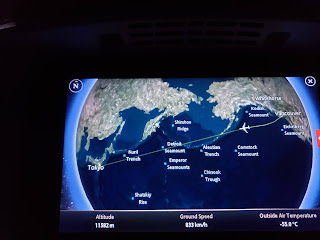 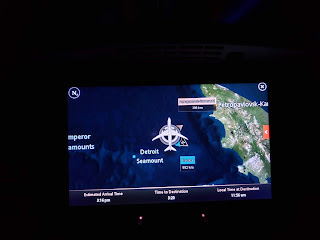 Narita is Tokyo's international airport, and is bustling. Thankfully, it is well-staffed by people helping everyone find what they need.  I had to exchange my rail pass voucher for an actual pass, and given that this is a holiday week, there were plenty of lineups.  Helpful hints were provided for tourists while we waited. 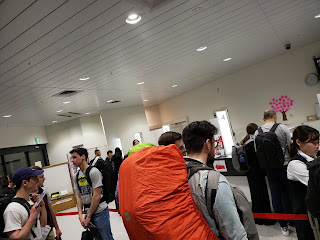 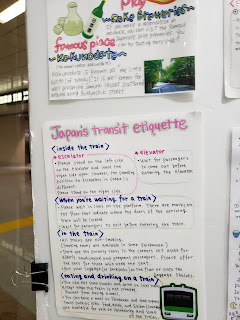 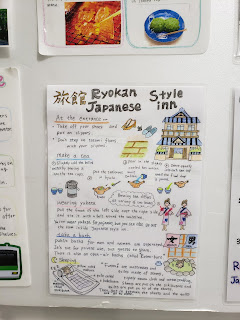 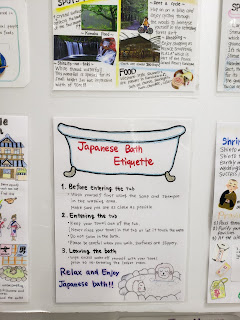 We all headed off in our various directions.  Paths will cross--or not--over the next week, and then we'll all meet up at the cruise ship in Yokohama on May 5.

It was an easy process for me to catch a free shuttle to the hotel, dump everything in my room and head out to the grounds for the last minutes of daylight in hopes of finding a few birds.  I did!! I heard a Japanese Bush Warbler (and recognized it, thanks to Christian sending me a sound file earlier this week), and managed to get a few photos.


I met up with Marilyn and Phil Lambert, who had arrived yesterday, for dinner.  We're meeting up in a couple of hours for a foray into the trails and fields not too far from the hotel.  Stay tuned!